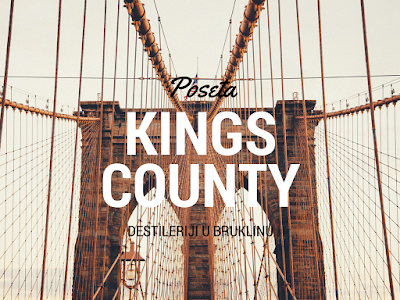 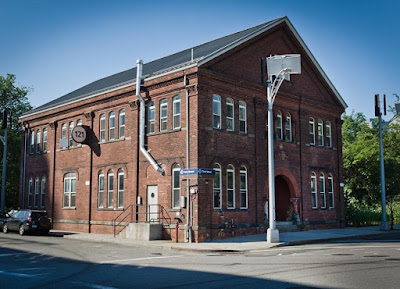 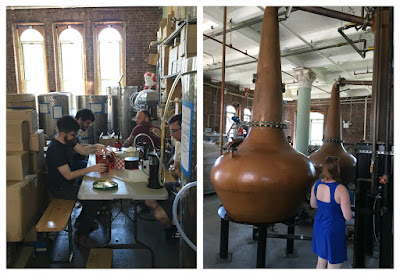 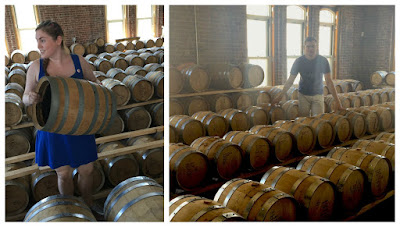 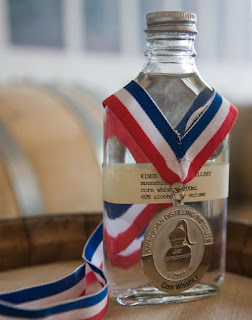 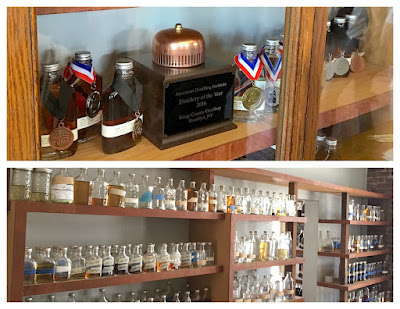 
I’ve been introduced to the works of Colin Spoelman by a book called “Guide to Urban Moonshining” which I picked up a couple of years ago somewhere abroad. Originally from Kentucky, the birthplace of bourbon whiskey, Colin found himself in New York working as an architect. In his free time, he had been trying to craft whiskey in a way that’s known for many decades and true to his native home. Since there is still a ban on home distilling in the USA and the laws that are up to fifty years old pretty much work in favor of the big players - it was a struggle for quite some time. At the end, the fight was won after active participation in local legislative changes which helped propel the boom of small craft distilleries. With David Haskell as his partner, Colin formed Kings County Distillery, first one for the whole territory of New York City, since the end of prohibition (1933). 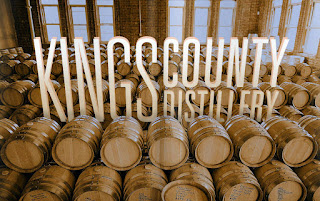 You already had the opportunity to hear the terms: bourbon, moonshine and micro-distillery on this blog. Kings County unifies them in the best of light and is very successful with it. All operations are housed in a historical 117-year old Paymasters building in the Brooklyn Navy yard. The Navy Yard area actually boasts with a lot of liquor-driven history as it was the site of “whiskey wars” of the 1860s, but more on that hopefully some other time.
Downstairs is the main area where all the action happens: fermenting, distilling in two scotch made pot stills and a bottling line. Located upstairs are tasting room, mini-museum and aging room. Our guide explained how the production is, besides normal operation, also based on voluntary and DIY initiatives - as you can sign up for voluntary help on the bottling line on weekends. After your shift, you’ll be rewarded with a bottle of whiskey. It’s exactly the site we see in front of us.
Stepping into the aging room we find ourselves surrounded by large number of small oak barrels, usually the size of 5 gallons. The reason for this is that whiskey aging will be faster, but not rushed. That is a usual practice for micro distilleries. The process takes around two years and there is always a set of bigger or differently filled barrels that are there for experimenting and future unique tastes. 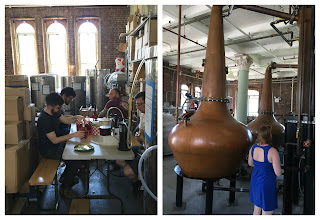 The main product of KCD is, however, unpaged whisky or so-called Moonshine. A spirit that hasn’t aged a second. Something maybe very usual for our Serbian Rakija, this is totally unknown in the world of commercial whisky market. Moonshine gained its reputation since the times of prohibition, when it was produced illegally, deep in the woods and garages, so you just didn’t have the time to properly age it. It was a matter of selling it, taking the money and running. For obvious reasons, it did not build a good reputation throughout the years. KCD is trying to change that.
Even though I’ve tasted more than fifty different whiskeys, none of them was unaged. While enjoying it, I realized it was pretty much an acquired taste, even for a whiskey-aficionado. Even though the spirit was stabilized, there was still an edge you don’t really feel in ‘usual’ whiskeys. Comparing it with a fruit brandy like Rakija, it would sit closest with grape brandy and its ‘neutrality’ - but with  extended earthy tones. In the aftertaste you can feel slight sweetness, buried below earthy and grainy aromas. Let me remind you that the US law states that bourbon whiskey should be made out of 51% corn. KCD uses mash of 80% local corn with 20% imported barley. This is where the specific bourbon sweetness mostly comes from. KCD also offers aged bourbon, where you have even more sweetness accentuated altogether with vanilla tones from the barrel rounding out the fine bouquet. But don’t be fooled, this bourbon complexity in nowhere near very old-aged scotch single malts. 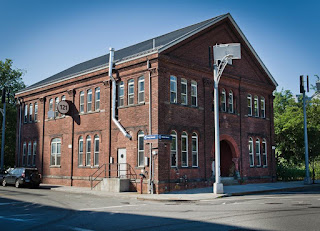 It was pointed to me that the main commercial users of moonshine are NYC bars and cocktail spots. Then it started making really good sense, because KCD besides regular products offers seasonal liquors with chocolate, grapefruit, halapeno infusions... I was obviously in a city amidst a new trend happening because regular, known and standard whiskey tastes got oversaturated. Kings County Distillery won the Best Distillery award in 2016. by American Distilling Institute.
The thing that got to me the most was the transparency of operations. Colin wasn’t shy to give away most of his secrets, anything from recipes to the floor plan arrangement of his distillery. That way they have all rights to be prideful initiators of new whiskey scene in the city and state of New York.
Author: Filip Vlatković