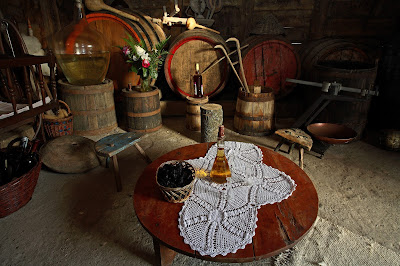 We can often hear that rakija is a natural spirit. The essential difference between fruit rakija and other spirits however, is not its naturalness, as both whisky and rum originate from natural raw materials, but rather in the usage of fruit in the process of production. What we call rakija is a spirit made exclusively from fruit, and it is that primary part of the aroma - taste, and smell of the fruit, which it is made of, that distinguishes rakija on the world map of spirits. It is that unforgettable impression after  the first sip of rakija and the taste of the fruit that makes rakija a truly natural product without serious competition. The fact that rakija does not contain artificial additives, preservatives, or colorants, makes it a completely natural product. Distillation is nothing but the separation of volatile ingredients from non-volatile with the goal to produce rakija, the "firewater" with as many desirable aromatic ingredients. The making of rakija starts with the gathering of ripe fruit, mulching it and fermenting it until distillation in a pot still thus singling out the best of the local fruit. In Serbia, rakija is produced from almost any fruit that can be found in an orchard or a forest. The most famous is the queen of all, plum rakija, but rakijas are also made of apricots, quinces, apples, pears, raspberries, blackberries, cherries, peaches, grapes, mulberries, forest fruits. Serbia for a while used to be the first in the world in number of plum trees (while today it holds the bronze medal) and each household has at least one bottle of some rakija variety. There are also special herbal rakijas that are usually made from apples, grapes or plums, sometimes with yellow gentian or some medical herbs, such as juniper or mint added to it. 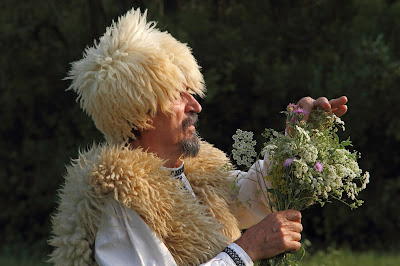 If we compare the young distillate made for further whisky production (“white dog”) with the distillate made from overripe fruit, we'll see that without further ageing, grain distillate does not have a pleasant taste, while the young fruit rakija is ready to drink after a few months. On the other hand, some fruit rakijas (especially plum, quince, apple) are suitable for further maturation in oak barrels. The ageing process in oak barrels refines rakija even further, so it becomes a drink that can stand side by side with world-famous quality spirits such as Cognac, Scotch whisky or Calvados. Believe it or not, in those aged rakijas it is possible to identify hundreds of flavours. Rakija that is aged shortly in oak or mulberry barrels has light fruity aromas, often accompanied with notes of medicinal herbs and tea. It exudes the freshness of the grass in the sun and mountain air. You can drink it neat or mix it with tea, lemonade, homemade fruit syrups. Further ageing in oak barrels adds a thicker, creamy texture to rakija, whilst flavours of bourbon vanilla, caramel, banana, coconut and chocolate come to the fore. A decade of ageing adds spicy notes, cumin, cinnamon, clove and mint. Such rakijas resemble well-known quality drinks, such as Caribbean rums, French cognac or Scotch single malt whisky. Top-quality rakijas, those made with care and aged in top-quality barrels, offer an exploration of aromas and flavours,  a genuine adventure for the senses. 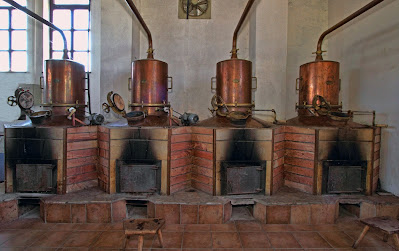 The taste of tradition

A bottle of rakija can always be found in everybody’s pantry next to the bottles of homemade fruit juice and tomato sauce, and most of us in Serbia claim that our grandfather who lives in the village produces the best rakija ever. This is why one can easily recognize an average consumer’s prejudice against rakija: it is argued that it is a drink of peasants, losers, bullies and folk music fans. It is important to understand that no spirit could ever rise to its world fame until it has earned respect and an esteemed position in its country of origin. Rakija is worth that effort. The Serbian peasant came to this final product through centuries of practicing and distilling rakija. All those autumns spent next to pot stills, so-called "merry machines", countless long winters spent in cellars next to the barrels are imprinted deep into the Serbian national being. Although Serbian folk had insufficient knowledge of modern distillation techniques, Serbian rakija, especially the one made of plums, is the best such spirit in the world. This is because of the quality of the fruit, with an emphasis on indigenous varieties, and it is because of the traditional way of distillation in copper pot stills of smaller volume, that fruit rakijas from Serbia regularly win high prizes at prestigious world competitions. 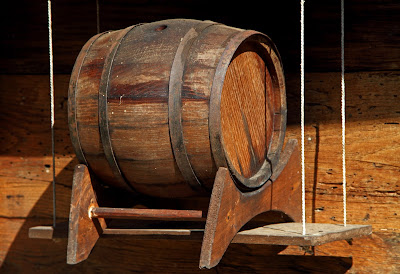 Regardless of variety or place of purchase, rakija is always a kind of Serbian cultural history in liquid form. The most complex rakijas, those deemed to have the most exciting aromatic complex and kept as family jewelry, are produced from indigenous fruit varieties. Indigenous plums, for example, have thrived in this region for centuries and developed a specific relationship with local soil and climate, a phenomenon that the French call “terroir”. Similar to wine tasting, the pleasure of exploring rakija flavours requires adequate glasses, which do not differ substantially from wine or cognac tasting glasses, some patience until aromas are released, your open-mindedness and willingness to learn more and make progress with each sip. Over time, as you accumulate experience and knowledge, rakija tasting will become a pleasure, but it will also make you more proud of the culture and tradition that you may have previously ignored.

(all photos by Dragan Bosnić)